Published in the Sunday Gazette-Mail, February 19, 2012 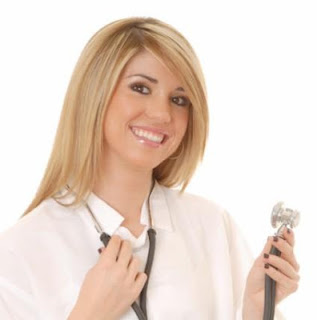 "People come into our life for a reason, a season or a lifetime." Most of us are familiar with this little pearl of wisdom that circles the Internet periodically. In fact, I just received it again today but, this time, it touched a nerve – unearthed a memory of a peculiar incident from several years ago.

I was admitted to the hospital because my blood pressure had reached unusually high levels. Medication wasn’t helping so my doctor thought it necessary to run tests in the hope of finding a reason – and a remedy.


It was late evening when I checked in. I told my husband he didn’t have to stay since they wouldn’t do much until morning. So, with a kiss to my forehead and a promise of seeing me tomorrow, he left. After I was comfortably tucked into a bed, a nurse came in with her clipboard and began asking the usual questions – the ones we’ve all answered when we’ve been admitted to a hospital. I’ve never understood why – in this computer age – they can’t just put your name in and pull up the information you gave the last time you were there and save everyone a lot of time. But they do it their way, so I smiled and replied to the same questions I'd answered many times before.


This nurse was pleasant, making the process as quick and painless as possible. In no time, it was over and we were having an enjoyable conversation. She told me she was a traveling nurse, which meant she was not employed by the hospital, but that she moved around from one to another, perhaps spending two weeks in each before moving on to the next. “Interesting,” I said. Then she said this was her last night at this hospital. She’d be leaving at seven a.m. I was disappointed, as we had hit it off immediately! She impressed me as one of the kindest, most understanding people I’d ever had the pleasure of meeting, and I wished she could be there for as long as I was.


After she left the room, I got acquainted with my roommate, vitals were taken, pills distributed, and I fell asleep early.


Later, I awakened needing to visit the restroom. Although I had been told not to get up without help, it was only a few steps from my bed to the restroom and I felt sure I could make it. When I did, I closed the door and locked it. And that’s the last thing I remember until I awakened briefly in a bed that had been raised so high it seemed I could reach up and touch the ceiling. There was a nurse on each side of the bed, everything was blurry and my eyes wouldn’t stay open but kept closing involuntarily.


Someone kept slapping my cheeks, calling my name and washing my face with a cold, wet cloth. When my eyelids fluttered again, I saw the nurse I’d met earlier. She was beautiful: she had such a sweet, caring face and a voice to match. “Stay awake, Peggy!” she said. “Don’t go to sleep. No! Open those green eyes.” I could hear a man’s voice in the background saying, “Get that blood pressure up fast or she’s going to ICU!” I assumed it was a doctor. I didn’t see anyone except the nurse.


At some point, I was stabilized and tucked in for the night. When everyone was gone, I lay there in the dark wondering what had happened. The last thing I remembered was going into the restroom and locking the door. How did they get the door unlocked? I wondered. As if she’d read my mind, the lady in the other bed said, “You’re lucky to be alive!”


Surprised, I said, “What happened?”


“Just after you went into the bathroom, that blonde nurse came in and was shocked to see that you weren’t in your bed. She looked at me and I pointed to the bathroom. She tried the doorknob, but the door wouldn’t open. “Locked!” she said. Then she ran into the hall and yelled for someone. In a minute, a man and two more nurses ran in and somehow they managed to get the door open. When it opened, you fell right into her arms. Two of them carried you to the bed. It took them a long time to bring you around. Your color was gray. I thought you were dead!”


“Thank you!” I said, not wanting to talk anymore.


My last thoughts before drifting off were: Some people believe God sends angels to protect us when we’re in trouble. The scriptures say He sent an angel to shut the mouths of the lions and Daniel was unhurt; The Lord also sent an angel to break the chains and rescue Peter from prison. And Psalms 34:7 says – The angel of the Lord encamps around those who fear Him and He delivers them.


Is it possible this nurse was on a mission?


I was awakened by a warm hand touching my face. A soft voice whispered, “Peggy, I’ll be leaving in a few minutes. I won’t see you again. I wanted to tell you I’m glad we met and I hope things turn out well for you.”

The room was dark, but I knew who it was. Without opening my eyes, I squeezed her hand, and, in my sleepy, weakened state I managed to say, “Thank you for saving my life.”


I'll always wonder... was this just a case of being in the right place at the right time—or was this angel of mercy sent by God?